Stearman #03 is an original aircraft, built by Boeing in 1941 and used by the U.S. Army Air Corps as a pilot training aircraft during WWII.  After the war it was sold as government surplus and was used for many years as a crop duster in the southwestern United States.  It was later restored back to its original military configuration and color scheme from 1941.  The aircraft is currently based at the Warrenton Airport and can be seen regularly flying in the Flying Circus Air Show in Bealeton Virginia every Sunday each year from May through October.

HISTORY OF THE STEARMAN

The Kaydet, the two-seater biplane introduced by Stearman Aircraft Division of Boeing in Wichita, Kan., in 1934, became an unexpected success during World War II. Despite its almost obsolete design, its simple, rugged construction made it ideal as a trainer for novice pilots for the U.S. Army Air Corps (PT-13/-17) and Navy (NS/N2S).

The Kaydets had fabric-covered wooden wings, single-leg landing gear and an over-built welded-steel fuselage. Only radial engines were used. Between 1936 and 1944, Boeing built 8,584 Kaydets, in all versions, plus the equivalent of 2,000 more in spares.

Kaydets were widely used airplanes. In addition to sales to the U.S. Navy and the Army Air Corps, the trainers were sold to Canada, China, the Philippines, Venezuela, Argentina and Brazil for both military and civilian uses. Many were still in service in the early 1990s. Their slow, low-level flying capabilities made them particularly suitable for crop dusting and spraying. 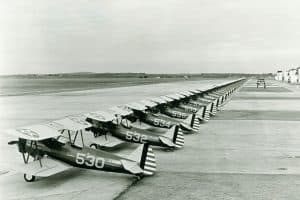 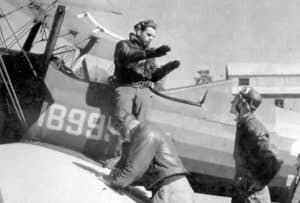 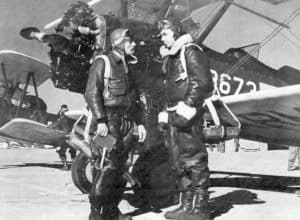 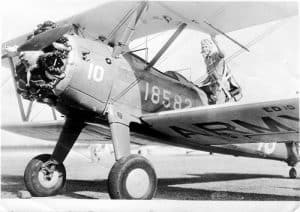 Facts about the Stearman Kaydet Trainer: 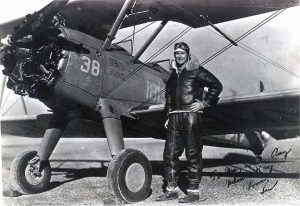 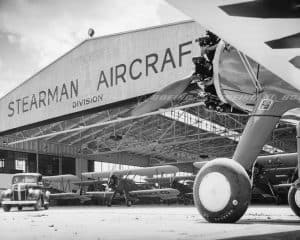 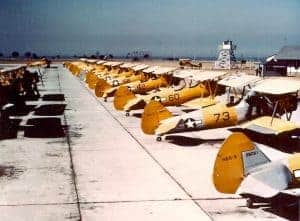 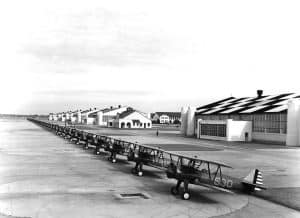 Flying with us you will experience the thrill of open cockpit flying in an authentic Stearman biplane the same as when the cadets flew these planes during WWII.  The Stearman is truly one of the most classic biplanes and most famous training aircraft of time. 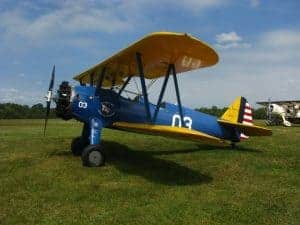 Comments below from a fellow pilot about flying a Stearman.

(I loved this comment and had to post it.  Once you fly in the Stearman…you will see what this pilot was feeling.  Dave)

“I recently flew one of these for the first time…. This is the most magical airplane I’ve ever flown.  I have never had as much fun as during those 2 hours I flew the Stearman.  It’s a solid airplane with positive control feel and a wonderfully smooth, snarling radial up front. Its no-nonsense cockpit makes you feel right at home and I found it to be a nice, docile airplane.  This is the airplane I’d own if I could afford it. THIS is a real airplane.  I’m still on cloud 9. I told my wife: “Someday when I die and get to the other side, there will be a field full of pristine Stearmans, lined up, full of fuel and waiting to be flown on balmy summer days.  Anything else just wouldn’t be Celestial Glory.” 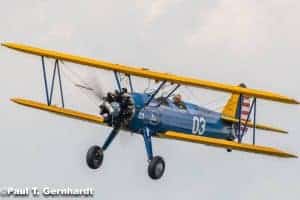 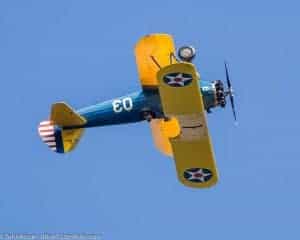